Legends of Great Dragons™ (LOGD) — The Dragon Quest is a Massive Multi-Player online Fantasy Role-Playing Game of High Adventure in which, you control one to several avatars. It has been online actively since 1990 with over 18-million gaming sessions across our five (5!) datacenters ( from our US and Euro-Asian presence found in the UK, FI, BG, and AU )!

Read more details in the Shareware Rulebook and User Documentation

"… It was in those days…days that were fraught with wars and villainy…that "the Revelation" came to Princess Adrielle and her Ladies-in-Waiting.

For three nights it appeared and vanished. Princess Adrielle told of the event to her father, King Stefan, for the apparition frightened her greatly.

On the fourth night, it appeared as before. And when it had come to its full brilliance, King Stefan hailed it and bade it to reveal its meaning or be gone.

Then all in the chamber heard the rush of wind and the roar of waters as if a great storm came upon them. All trembled at the threat of destruction. Howbeit the tumult passed, and a small quiet voice was heard.

"Choose, this day by the trials of arms and courage, a champion who will bring forth eternal peace to this land. A champion of renown who will be, forevermore, a sterling example of goodness and righteousness in both songs and deeds. Find this person and your lands shall prosper and lack for nothing as none hitherto or for has known."

And thus began the quest for the truest champion of Renown who would issue the 'Age Golden'."

"Create Your Own Adventures" (CYOA) 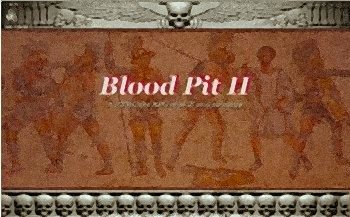 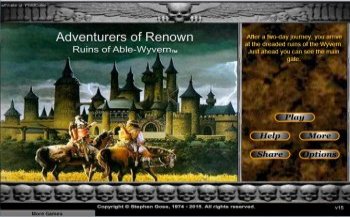 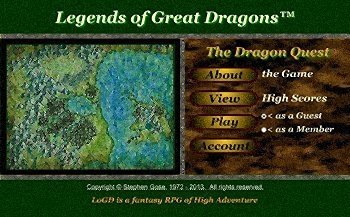 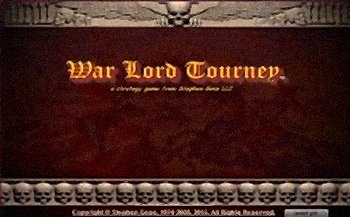 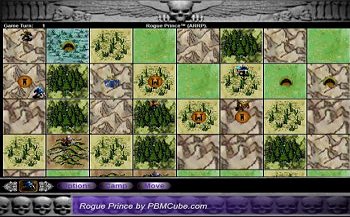 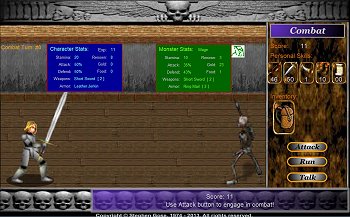 Combat Systems:  5 active out of 10 available!